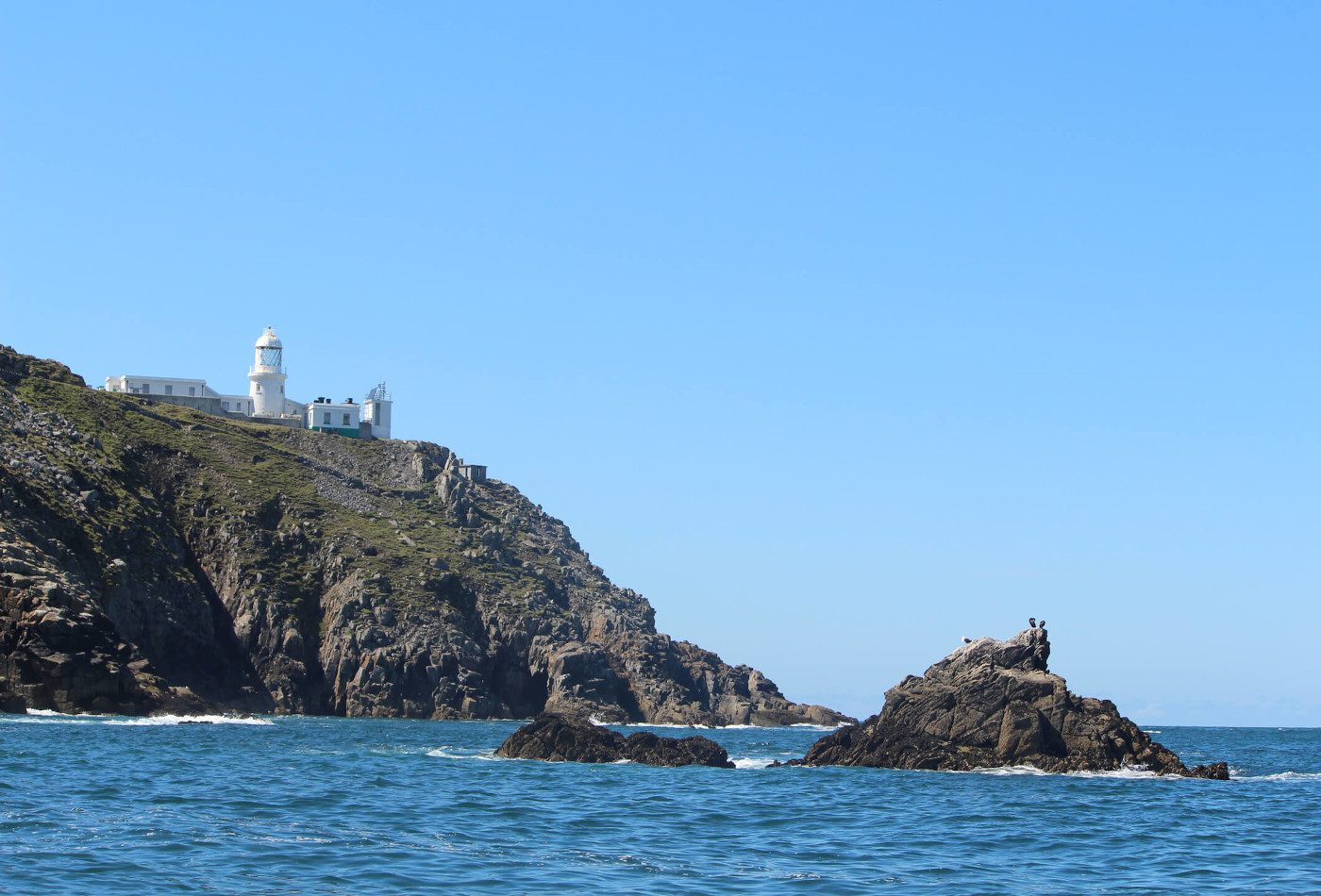 Located 12 miles off the coast of North Devon, Lundy Island is a unique and magical place. There are no cars, televisions or street lights and the human inhabitants and visitors are heavily outnumbered by the wildlife who live on the island. Lundy may only be 3 miles long and a half a mile wide but there is so much to see and do….as this guide will explain!

The history of Lundy Island

Lundy has an intriguing history and is estimated to have been inhabited for at least 3,000 years – there are archaeological settlements dating back to the Bronze Age and the island is designated as a Site of Special Scientific Interest. The name ‘Lundy’ derives from the Norse words lundi, meaning puffin, and ey, meaning island. 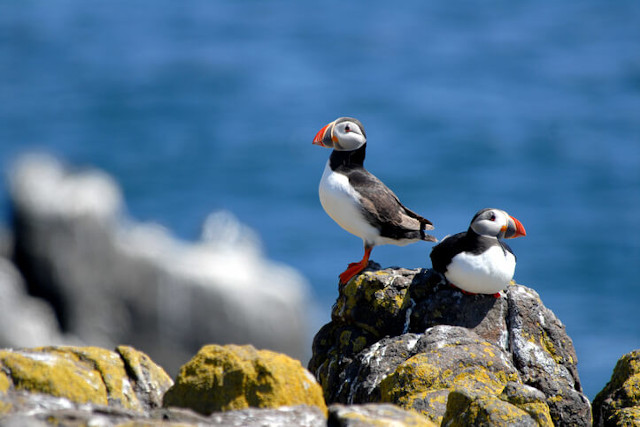 The earliest historical records show Lundy Island first being home to the Marisco family in around 1150. The family allied themselves against the monarchy but still managed to hold the island until 1242 when the head of the family, William de Marisco, was implicated in a plot against Henry III. William, along with other accused men, was captured and taken to London, where he was hung, drawn and quartered. Over the next several hundreds years, Lundy was mostly inhabited by marauders, smugglers and lighthouse keepers, until it was bought in 1834 by wealthy businessman, William Hudson Heaven. He owned the island until 1925 and built a number of the buildings that still exist today.

In 1925, Lundy Island was bought by Martin Coles Harman, who had first visited the island when he was 18. He has had a huge impact on Lundy, introducing Sika Deer and Soay sheep, as well as introducing his own Puffin stamps when the General Post Office removed their service from the island. Puffin stamps are still in operation today making it the oldest private postal service operating anywhere in the world! 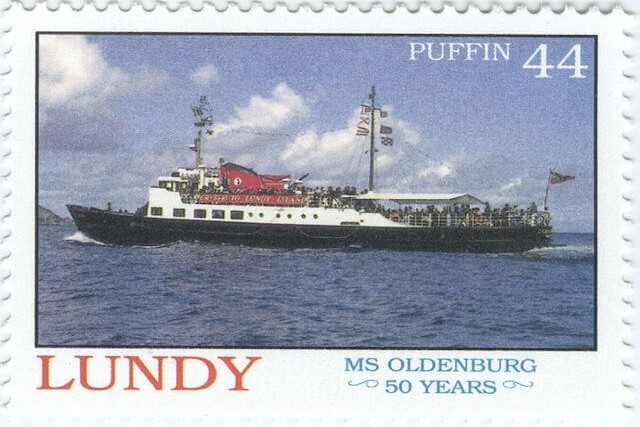 In 1969, Lundy was purchased by the National Trust when the island was put up for sale. It has been managed since this time by the Landmark Trust. There are a small, dedicated number of staff who live permanently on the island and take on responsibility for everything from manning the shop and pub to offering guided walking tours and diving lessons.

How to get to Lundy

Visitors can reach Lundy Island via the MS Oldenburg ferry, which departs from both Ilfracombe and Bideford. The ship is over 60 year old and retains most of her original furnishings and fittings. The journey to Lundy usually takes around 2 hours, allowing you the opportunity to enjoy the heated saloons, well stocked bar or grab a bite to eat. The service is in operation from 31st March 2020 – 23rd October 2020 with a day return ticket costing £42 for adults and £22 for children. For anyone planning to stay on the island a period return ticket costs £74 for adults and £38 for children. 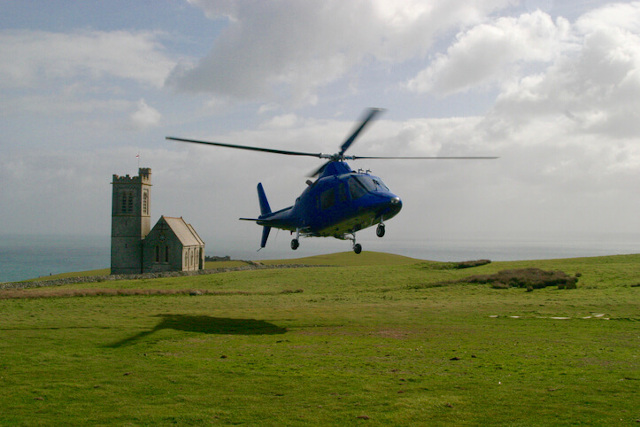 For anyone wanting to visit the island in the winter months, a helicopter service is in operation from Hartland Point. The journey time is a super speedy 7 minutes with return tickets costing £131 for adults and £70 for children.

The first thing you will be blown away by when you step foot on the island, if not the wind, is the sense of peace and tranquility. It is the perfect place to get away from the hustle and bustle and re-connect with nature. The island is very diverse and it’s not unusual for the weather to be completely different on one side of the island to the other!  The west side is exposed to the Atlantic and is dominated by the towering, rugged cliffs, whilst the grassy slopes on the east side are more protected from the wind and contain a rich variety of plantlife.

If you have the time to explore the whole island you will find 41 Scheduled Monuments and Listed Buildings, including a Victorian Church and the Old Light – the highest lighthouse in the UK. Walkers can also visit ancient burial chambers, explore the Victorian quarry and enjoy the stunning views on offer. 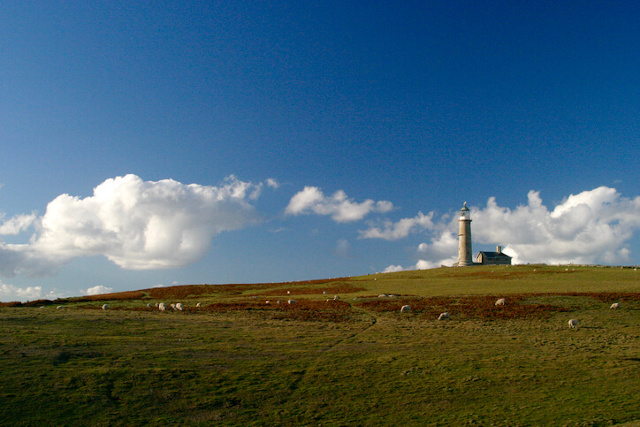 The hub of the island is the Marisco Tavern, a pub that serves a range of delicious food and beverages from morning to night. As well as being a bar and restaurant, it also acts as the community meeting point and plays an essential role for the inhabitants and guests. Open 24 hours a day, and the only building with lights on after the generators shut down at night, the Tavern is sometimes literally a shelter from the storm. There is also a local store, which has a variety of goods and food to purchase.

If you are visiting for a day trip you will have around 4 hours to explore Lundy before you need to step back on the ferry. This should be enough time to cover most of the island on foot, however there are many interesting sites and activities you may not get a chance to take part in. The good news is that if you want to stay for longer you can! There are 23 properties available to rent as holiday accommodation, including a 13th century castle, an old barn and a lighthouse – all managed by the Landmark Trust.

It’s not just walking that you can enjoy on Lundy – there are countless other activities on offer including: 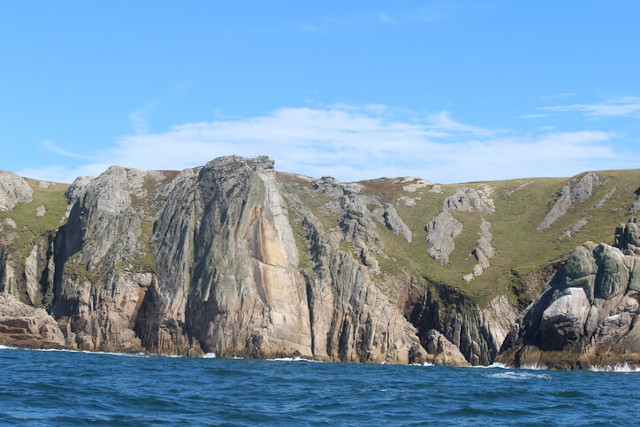 Make sure you remember to pack your binoculars – Lundy is rich with diverse habitats and wildlife. The cliff sides are home to thousands of seabirds including puffins, Manx shearwater, gulls and fulmars. The birds usually flock to the island during the breeding and nesting seasons between April and September. Lundy is home to a number of mammals, a small number of which are native and the majority of which have been introduced over the years. The native mammals include the pygmy shrew, the UK’s smallest land mammal, and the pipistrelle bat. Martin Coles Harman introduced a number of animals during his ownership and two of the mammals that remain on the island are Sika deer, originally from Japan, and Soay sheep, which originate in St. Kilda. A number of domestic animals such as pigs, highland cattle and Lundy ponies, also roam free on the island. 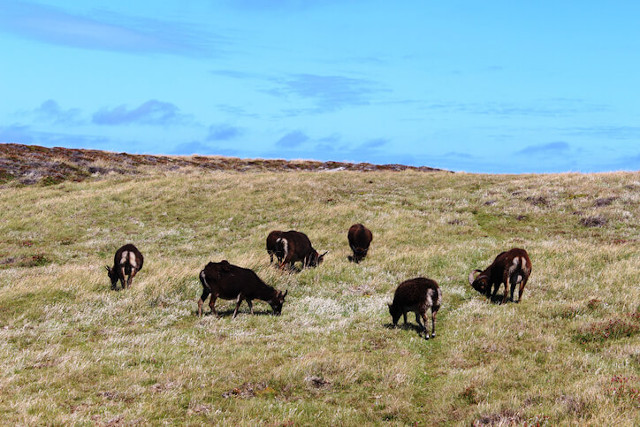 Below the waves, where the currents from the Bristol Channel and the Atlantic Ocean meet, exists an astonishingly diverse and rare marine life. The waters around Lundy have been protected for almost 50 years since it became a Marine Nature Reserve and on a good day you can hope to see grey seals, dolphins, whales and porpoises. If you are planning to go diving then you will discover a beautiful reef system containing all five British species of cup-coral.

If you feel inspired to visit Lundy Island then why not stay in one of our fabulous cottages in North Devon? Close to the ferry terminals of Ilfracombe and Bideford, you will be in a prime location to hop on the ship over to Lundy and enjoy the stunning North Devon coast.

You can take in the scenic views of Lundy Island from a South West Coast Path walk in Devon too, the perfect way to explore the coast!

I joined the team in October 2019 as an Digital Marketing Executive. My favourite UK destination is the Lake District. It offers ... 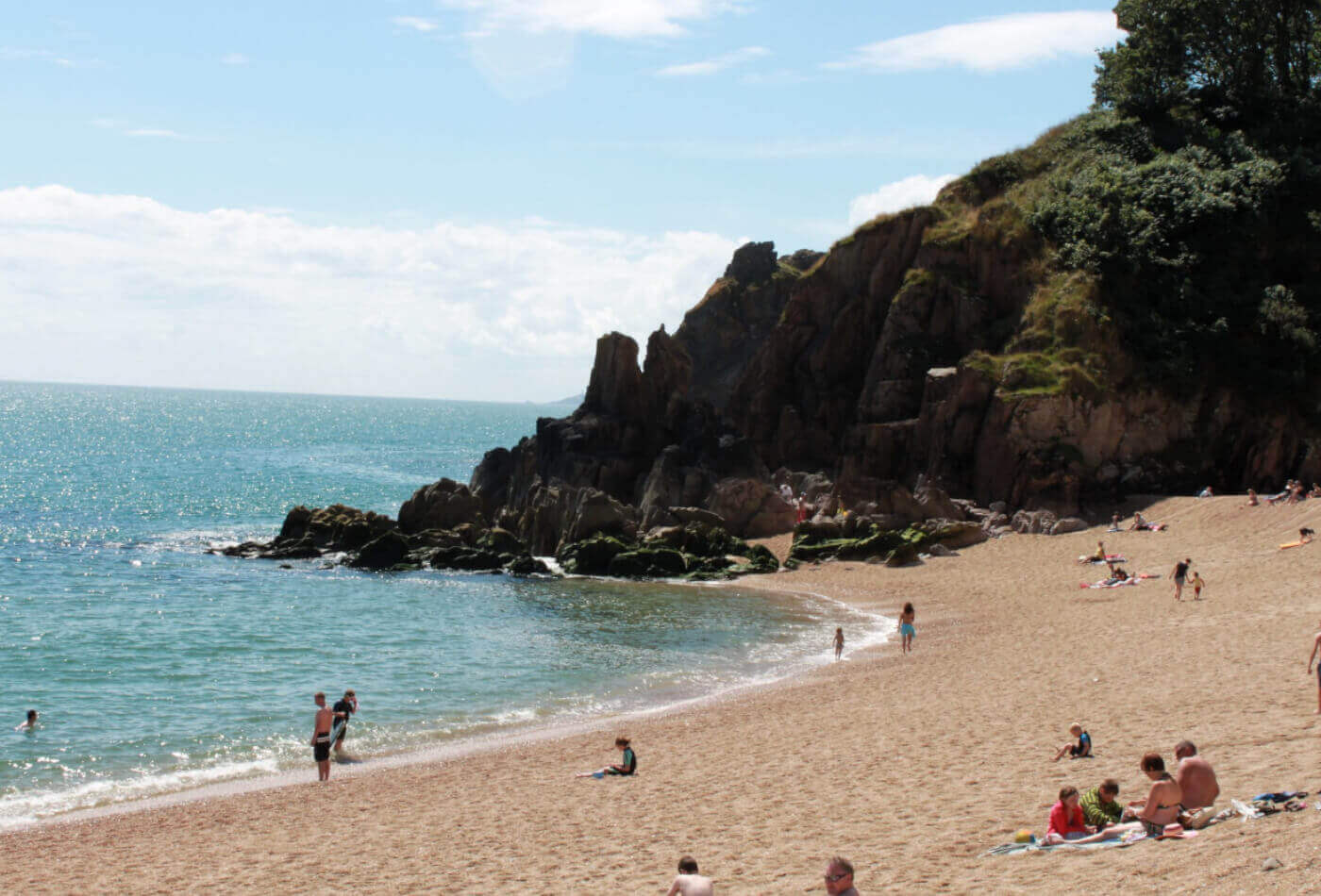 We have picked out the best South West beaches for you to explore on your UK holiday. Discover a... 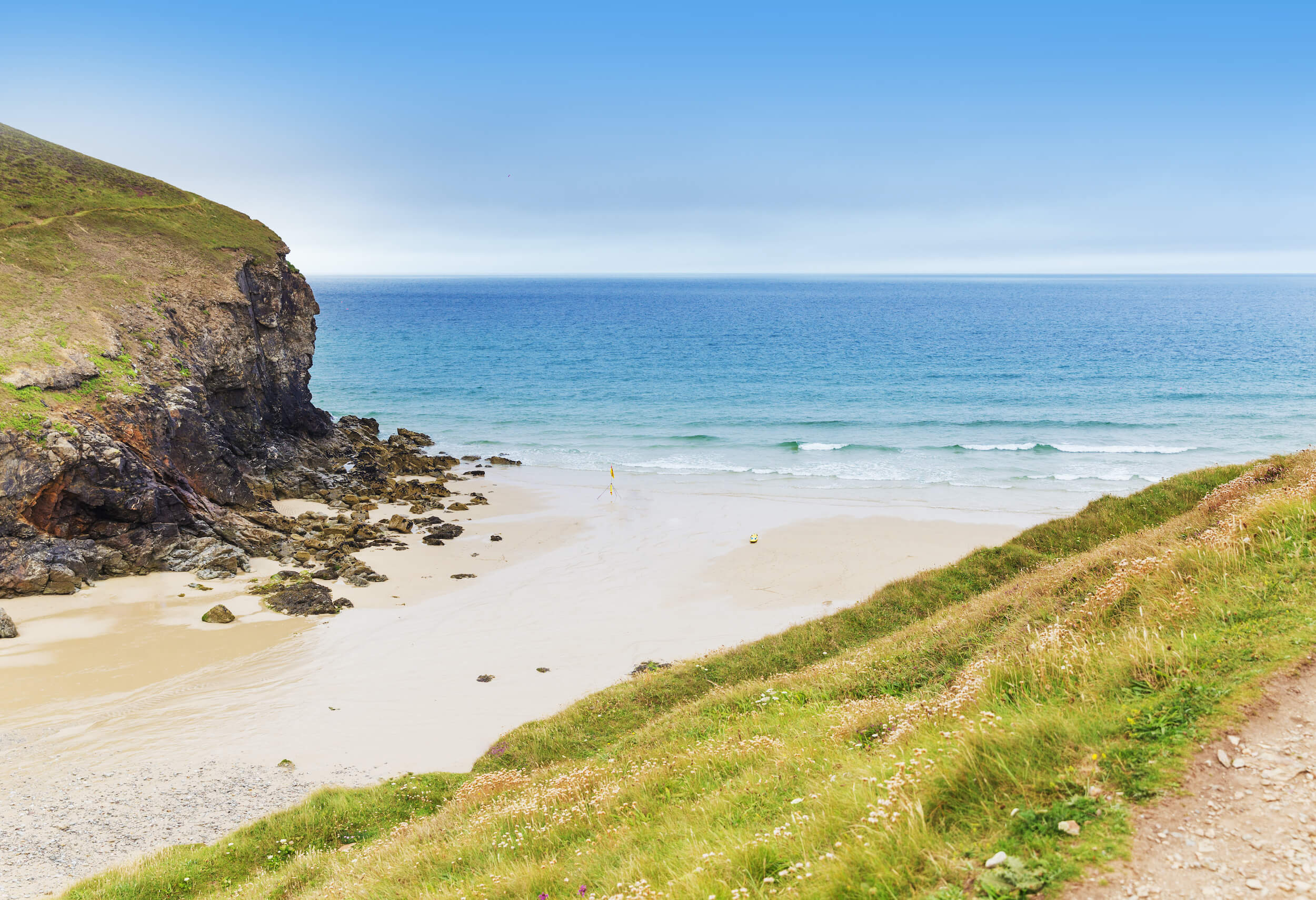 Top 5 Spring Walks in Cornwall, written by our guest blog writer Emily Bartlett. Cornwall is known for its... 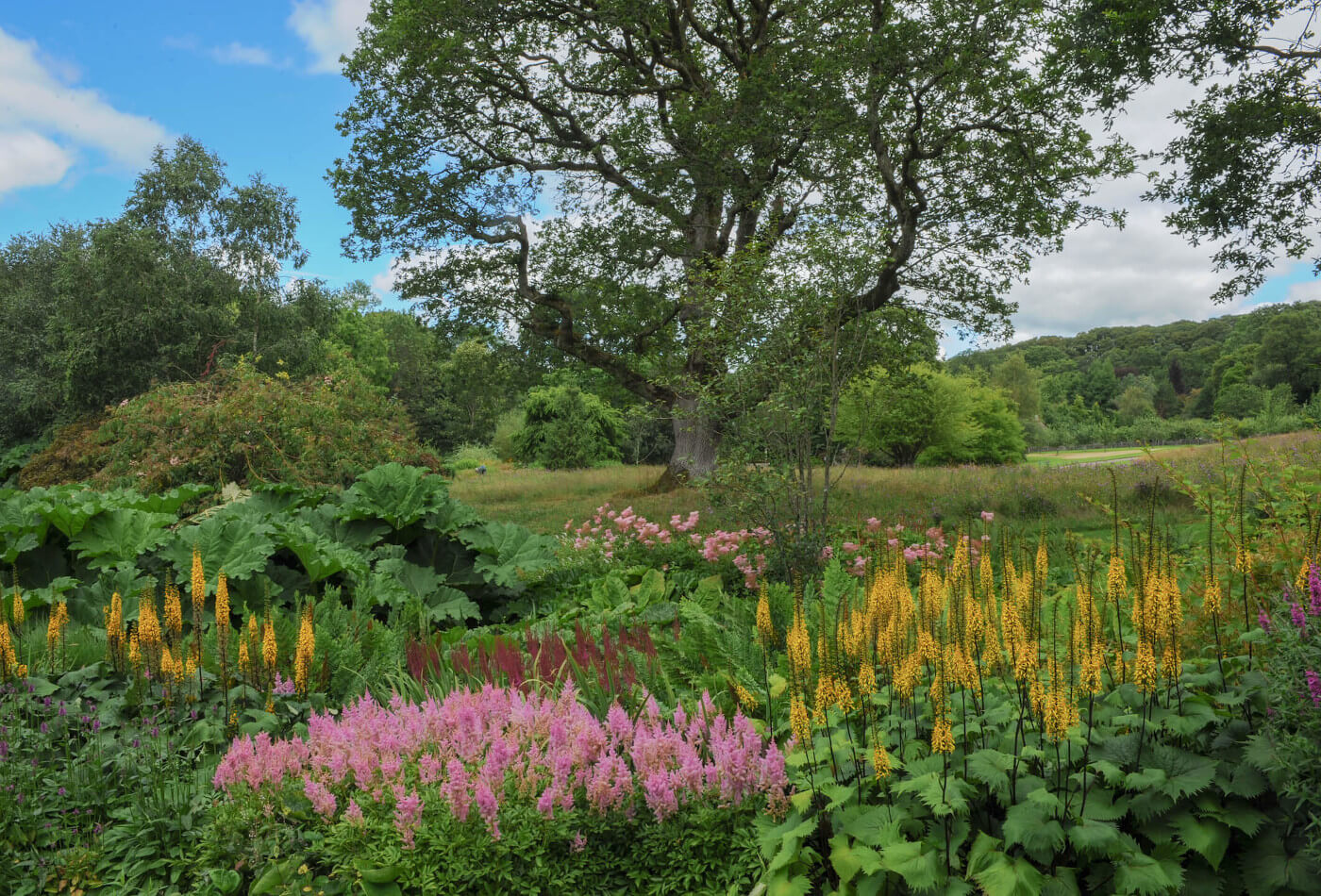 9 of the best gardens in Devon

Devon boasts a number of beautiful gardens: some containing plants and trees that you would expect to find in...