Update - we are aware of the recent announcements around the new tiering system and Christmas. We are currently working through what this means for holidaymakers, rest assured we will be in touch with everyone impacted so there is no need to contact us. We thank you for your patience.

View our latest coronavirus update to see how we’re responding to Covid-19. 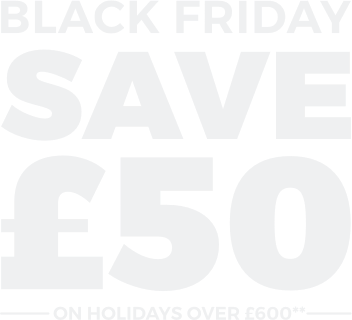 This offer ends midnight on Monday

Code has been copied!

Enter your code during checkout

** Save £50 on Sykes holidays for arrivals after 1st April 2021 with a total price of £600 or more. Holidays over £600 is based on the rental and booking fee only. Only one voucher code may be applied to each booking, cannot be used in conjunction with any other offer and cannot be applied to existing bookings. Please refer to T&Cs for full details.

Exmoor stretches over two counties with just under one third of the National Park within Devon and the remaining area across the border in Somerset. Named after the River Exe, Exmoor is a 267 mile upland area of distinct and fascinating landscapes. Spend time exploring the vast, open moorland and if you are lucky you might spot some of the local inhabitants - Exmoor ponies and wild red deer. Walk the dramatic coastline, famous for its stunning coastal views and wildlife. Explore the ancient, dense woodlands; home to a number of rare species and England’s tallest tree. Exmoor isn’t just about the outdoors though. Quaint harbour towns and medieval villages are dotted across the National Park; home to beautiful shops, cafés and restaurants. A self-catering cottage in Exmoor is a perfect base for exploring this wonderful region.

Where are the best places to visit in Exmoor?

With the north of Exmoor stretching along the coastline, you can choose to visit beaches or quaint villages further inland. Popular coastal spots include Ilfracombe, Lynmouth, Porlock Weir and Minehead. Further inland are the pretty villages of Challacombe Winsford and Dulverton.

Where are the best places to eat and drink in Exmoor?

Rising Sun - Located in the picturesque village of Lynmouth, this 14th century thatched pub is packed full of charm and character. Set at the foot of the Cliff Railway and overlooking Lynmouth Bay, The Rising Sun enjoys great views. Out to sea. Being so close to the sea heavily influences the menu with local specialities such as Lynmouth Bay lobster and Portlock oysters often to be found listed.

Reeves - This fabulous restaurant has been winning awards for several years; with no sign of slowing down. Serving classic cuisine with a creative, modern twist, enjoy culinary delights such as slow braised shin of beef or Exmouth king scallops.

What are the best attractions in Exmoor?

This varied landscape has something to offer everyone. The beautiful landscape of Exmoor has inspired many great writers and poets. The poets Coleridge and Wordsworth both lived in the area and would regularly take walks across the moor and coasts. Coleridge's most famous poem was written at a farm house between Porlock and Lynton.

You might be following their footsteps from hundreds of years ago by walking from Porlock to the Valley of Rocks or cross the Tarr Steps near Dulverton, a medieval clapper bridge.

Ride the famous Lynton & Lynmouth Cliff Railway, the highest and steepest water powered railway. Opened in 1890, the railway was designed to move goods between the two towns. You can now enjoy spectacular views across Lynmouth Bay and the surrounding area.

Explore the rich history that Exmoor has to offer. Dunster Castle, set on top of a steep hill, boasts amazing views of the moors and out toward the Bristol channel. Enjoy a guided tour and stroll around the well maintained terraced gardens.

For those with children, take a trip to Watermouth Castle, a 19th century country house built to resemble a castle. It is now a family tourist attraction with theme park and rides as well as castle treasure and dungeon labyrinths to explore. Another great family day out is Combe Martin Wildlife & Dinosaur Park; home to many exotic animals including lemurs, timber wolves and penguins. Watch as dinosaurs come to life including Triceratops, stegosaurus and even T-Rex, via the latest animatronic technology.

Exmoor has a temperate climate with typically mild summers and cool winters. Due to its location near the coast the weather can sometimes be unpredictable and showers can quickly occur. It is best to be safe and carry a raincoat!

Whether you want to breathe in the sea air from a coastal cottage, or stay in a dog friendly cottage so you can bring your furry friend along to explore the moors; you will be sure to find Exmoor accommodation to suit your requirements. Speak to our travel experts today for more information about our cottages in Exmoor.

Uh oh! An error occurred, could you double-check your email?

Thank You! You have subscribed successfully

Are you on the phone to our call centre? Your Customer ID is: m9lseoo9