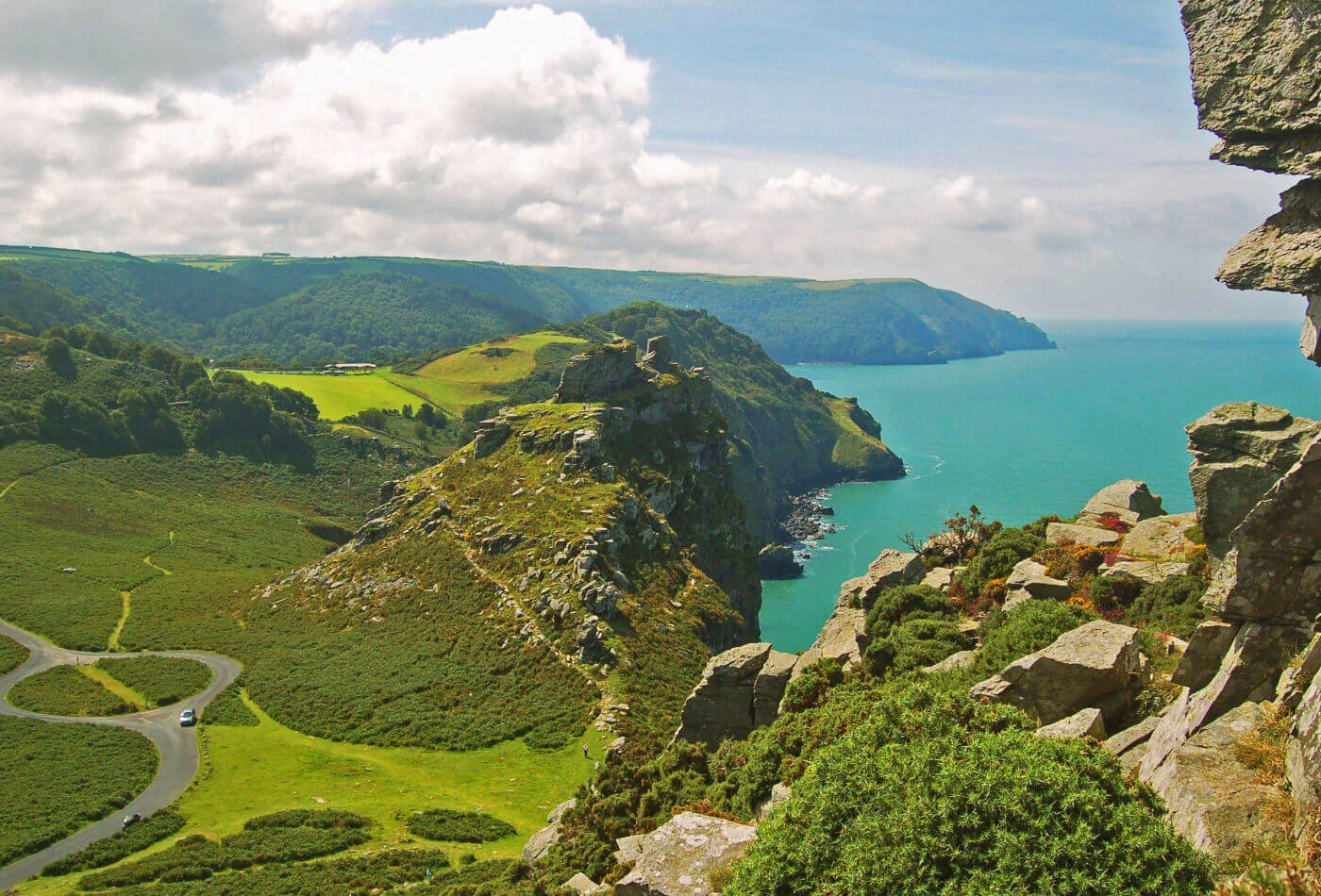 8 Awesome Things to do In Exmoor National Park

by Alice Parry / Day Out Guides

Discover this amazing National Park via these things to do in Exmoor.

Whether it’s walking, wildlife watching, or seeking out the popular Exmoor attractions, there’s lots of things to do in Exmoor.

At Helpful Holidays, we have a host of accommodation in Exmoor in our portfolio, so you can book a base for your adventures.

Here are 9 of our favourite things to do in Exmoor…

1. Experience awe and wonder beneath the dark skies of Exmoor 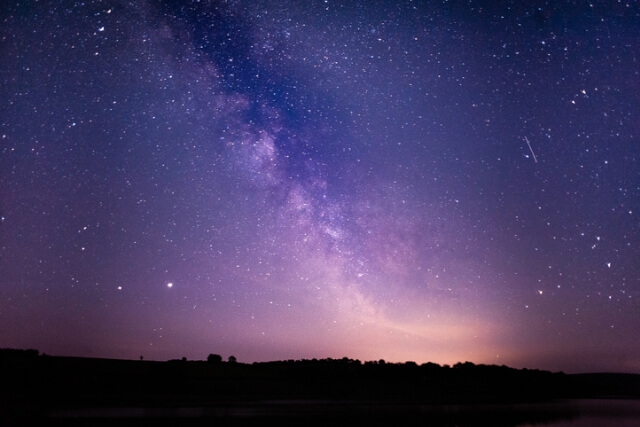 It’s one of the few places in the UK that you can enjoy blissful clear skies to watch the stars.

It’s one of the best things to do in Exmoor and is completely free! You can head to Exmoor’s highest point at Dunkery Beacon for a front row seat.

Check out Exmoor’s Dark Sky Discovery Trail and their Astronomers Guide to Exmoor. Other good stargazing spots in Exmoor include Wimbleball Lake and Webbers Post.

For an even more immersive experience, you can hire telescopes from National Park Centres. It’s £25 per night, then £10 for any additional nights.

2. Catch sight of the hardy and charming Exmoor ponies 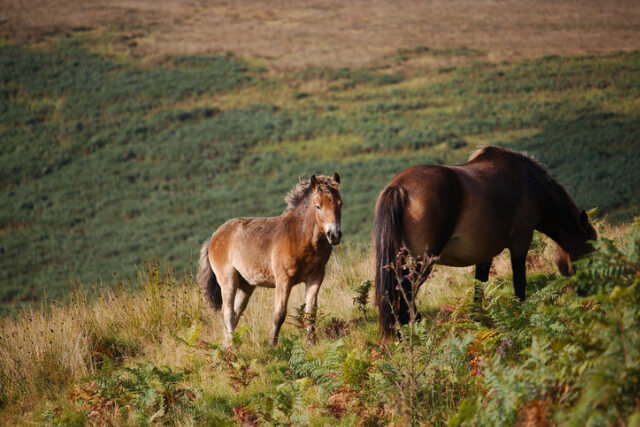 Exmoor ponies are native to the UK and have been roaming the moors for thousands of years. After numbers dwindled to near extinction around the second world war, great efforts were made to preserve this endangered population.

Nowadays, the ponies are ‘wild’ in the sense that they are free to roam the moors in their herds. However, all the ponies belong to someone. There’s around 20 herds, 2 of which are owned by the National Park. 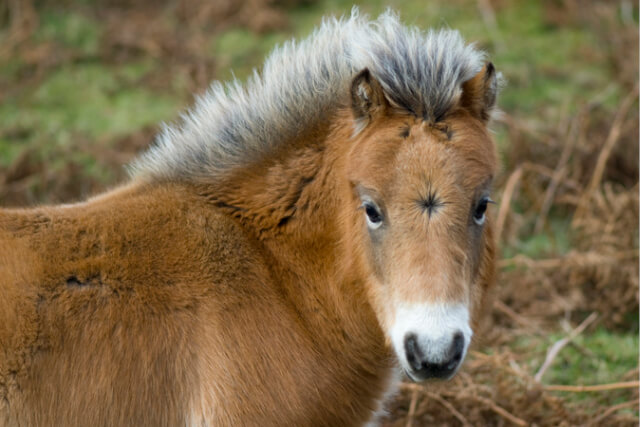 Because they can freely move around, you’re not always guaranteed to spot them. Although the search makes for a fun outdoorsy thing to do in Exmoor.

Dunkery Beacon is a good location to try, as is the road running between Simonsbath and Lynmouth (B3223).

If you want to guarantee an Exmoor pony encounter, then visit the Exmoor Pony Centre. This wonderful charity is dedicated to promoting and protecting these endangered ponies. You can book a 1 hour taster session to groom, tack and ride a pony indoors, or even head out on a ride across Exmoor.

3. Visit the location of a legend and meet a friendly goat while you’re there

Legend has it, the Valley of Rocks was once home to the Devil’s castle. One day, he came home to find his wives partying with the neighbours. So, he turned all of his wives into stone!

Not to ruin the mystery, but the Valley of Rocks was more than likely formed during the Ice Age. 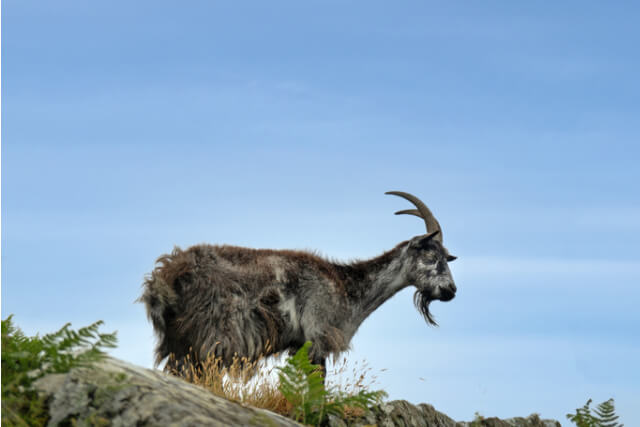 They sit around half a mile from Lynton and are home to friendly feral goats.

The goats have lived on and around the cliff edges for thousands of years. They help maintain the landscape with their grazing habits.

They are even released into new areas of the National Park to assist land management schemes, with numbers growing year on year.

There’s a lovely 5 km walk around Lynton and the Valley of Rocks from South West Coast Path’s website.

4. Ride the highest and steepest water-powered cliff railway in the world 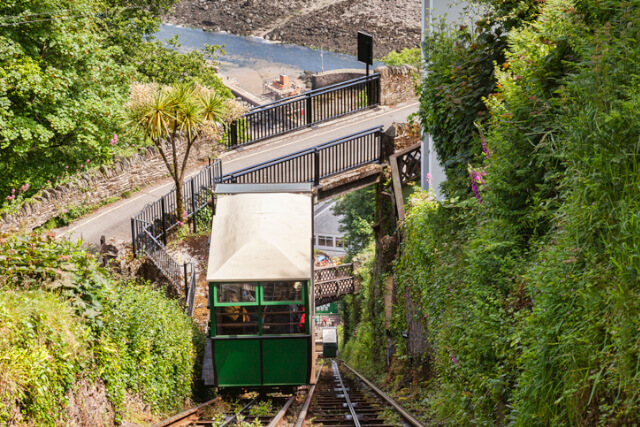 Lynton and Lynmouth Cliff Railway is one of the best things to do in Exmoor, hands down.

This historic funicular railway has been in continuous operation since it was built in 1890. It makes a steep journey from the fishing village of Lynmouth to the small Victorian town of Lynton, 500 feet above.

Built to transport Victorian holidaymakers up the hill to Lynton, it’s a clever feat of engineering. 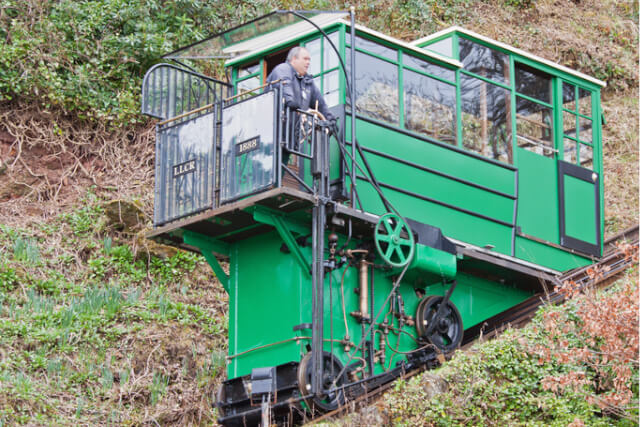 The two cars are connected by a steel cable, and the cars ascend and descend the cliff according to the weight of the water in the cars’ tanks.

It makes a very sustainable way to travel, as it requires no electricity.

A ride on the Cliff Railway is an essential part of anyone’s trip to Lynton and Lynmouth, and it saves you walking up the steep winding path.

You can admire the spectacular views of Exmoor’s coastline during the journey too.

5. Take a trip to one of England’s most beautiful and interesting medieval villages 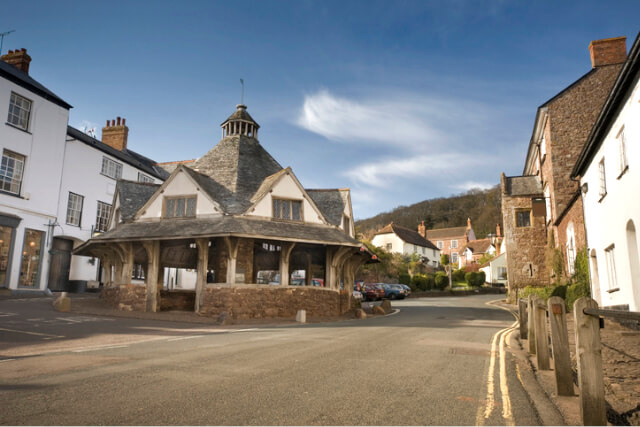 A visit to this fairytale village had to make it onto our list of things to do in Exmoor.

Steeped in heritage, Dunster sits at the south-eastern edge of Exmoor. It’s home to the National Park Centre, so there’s lots of tourist information available here for other Exmoor attractions.

At the heart of the village is the Yarn Market. This striking octagonal timber structure is 400 years old. It was a 17th century trading point for wool and cloth. 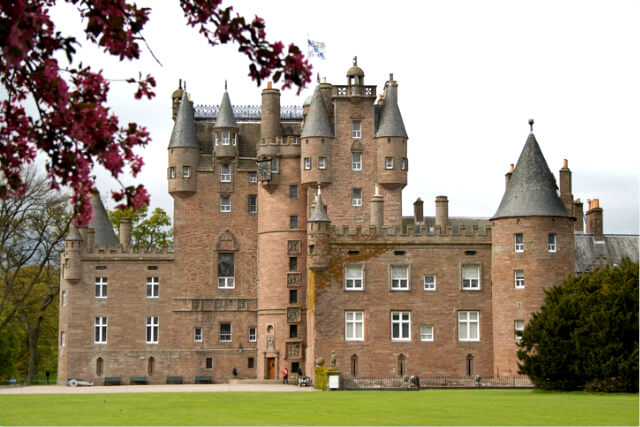 Arguably, the biggest attraction to visit of them all is Dunster Castle. Initially the site of a timber Norman castle, then a medieval fortress, and finally a family home. Take in the spectacular views across the Bristol Channel from the terraced gardens.

Make sure to visit the historic working watermill that still grinds flour for the estate today!

According to the National Trust website, the castle, gardens and watermill are only open on weekends. The parkland, shop and tearoom are open daily.

Browse the Helpful Holidays range of cottages in Dunster for your next trip.

6. This ancient clapper bridge is the longest bridge of its type in Britain 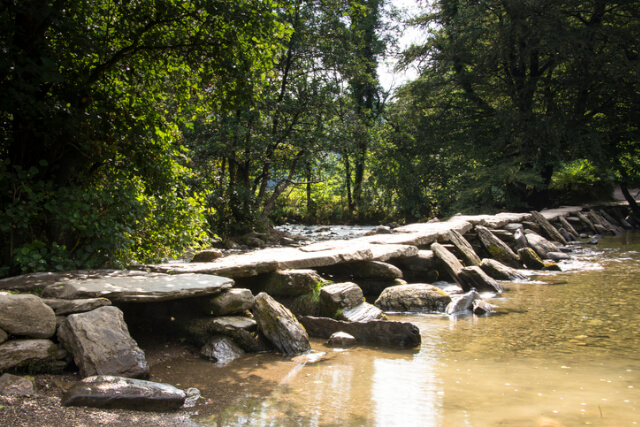 Measuring 50 metres in length, Tarr Steps bridges the River Barle. It’s located near Withypool and Dulverton, and dates all the way back to the Bronze Age.

Grab the perfect holiday photo op on this Exmoor attraction during a lovely ramble along the river.

Try out this walk from Countryfile Magazine. It’s a 7 mile walk taking you from the lovely Tarr Farm Inn, along the River Barle, and back down through woodland.

You go past another pub, Royal Oak Inn, so you have a few options for pit stops along the way. 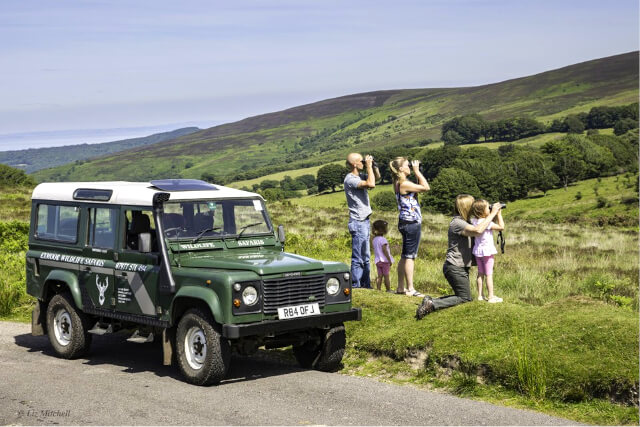 Expert guides can take you across miles and miles of Exmoor, taking the roads less travelled and off-road tracks.

Don’t just hear about the wildlife, see it with your own eyes! 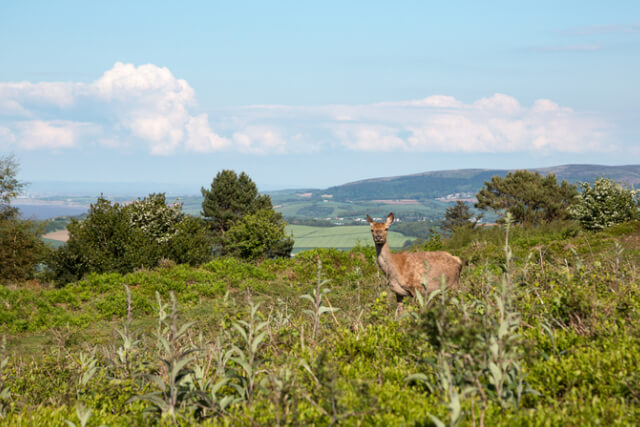 Your guide will try their best to place you in front of Exmoor ponies, elusive red deer and various rare birds.

Red Stag Safari and Exmoor Wildlife Safaris both offer well-established tours of Exmoor. Their brilliant reviews speak for themselves; it’s one of the best things to do in Exmoor.

8. Add excitement to your Exmoor break with adventure activities 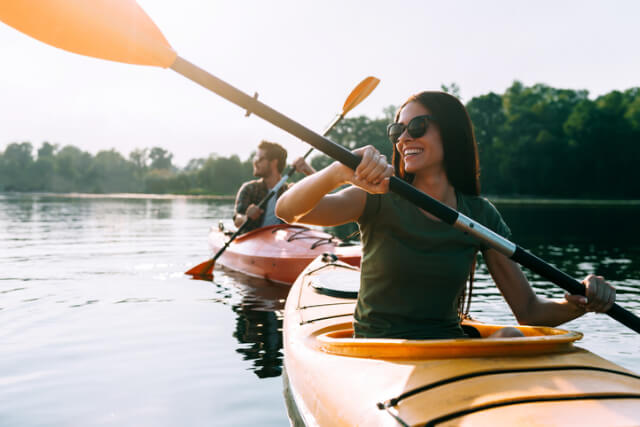 Exmoor’s landscape affords itself well to all kinds of thrilling activities. Everything from watersports, to sea safaris to mountain biking – there’s plenty of exciting things to do in Exmoor.

Head to Wimbleball Lake for watersports. You can canoe, kayak, or SUP on the lake. While those who prefer dry land can enjoy the winding footpaths and cycleways, as well as spot wildlife like Exmoor red deer.

Wistlandpound Reservoir is where to go for fishing. Spend a peaceful afternoon catching brown trout.

Based in the pretty village of Porlock Weir, Exmoor Adventures offers everything from archery to tree climbing. Try their mountain biking trails, and finish the day with a pint in one of the charming pubs.

For a sea adventure, head to Ilfracombe to find Ilfracombe Safaris. Spot seals and dolphins, take a trip out to Lundy Island, or go sea fishing. You can soak up the incredible coastal views at the same time!

For more inspiration on where to explore in the South West, read the Helpful Holidays guide to the best South West beaches featuring Minehead Beach.

Why not learn more about one of Exmoor’s counties, Somerset? We bet you don’t know all these 12 fascinating facts about Somerset.

by Alice Parry / Day Out Guides 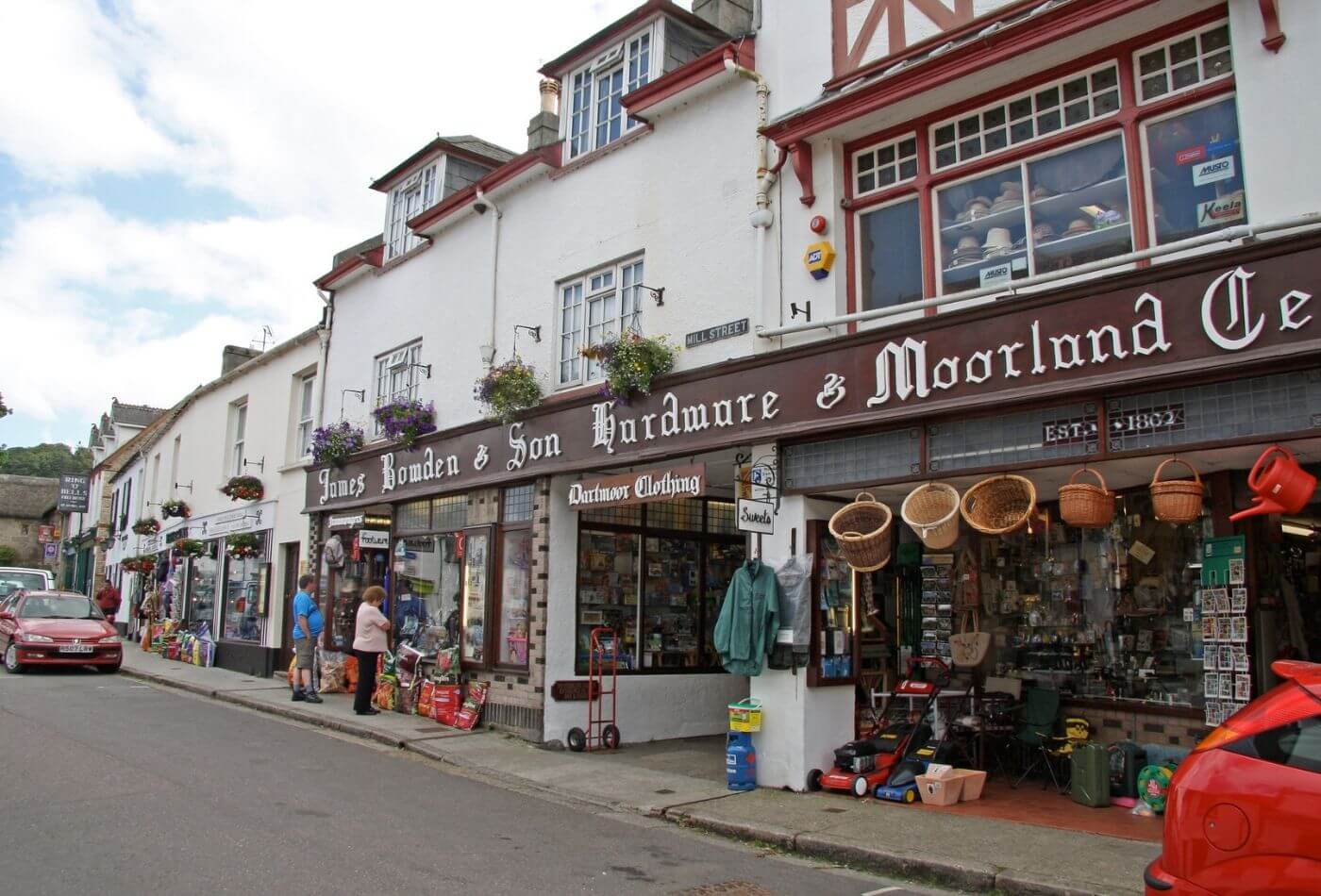 If you’re asking yourself, is Chagford worth visiting? Or, what’s in Chagford? You’ve come to the right place! Chagford... 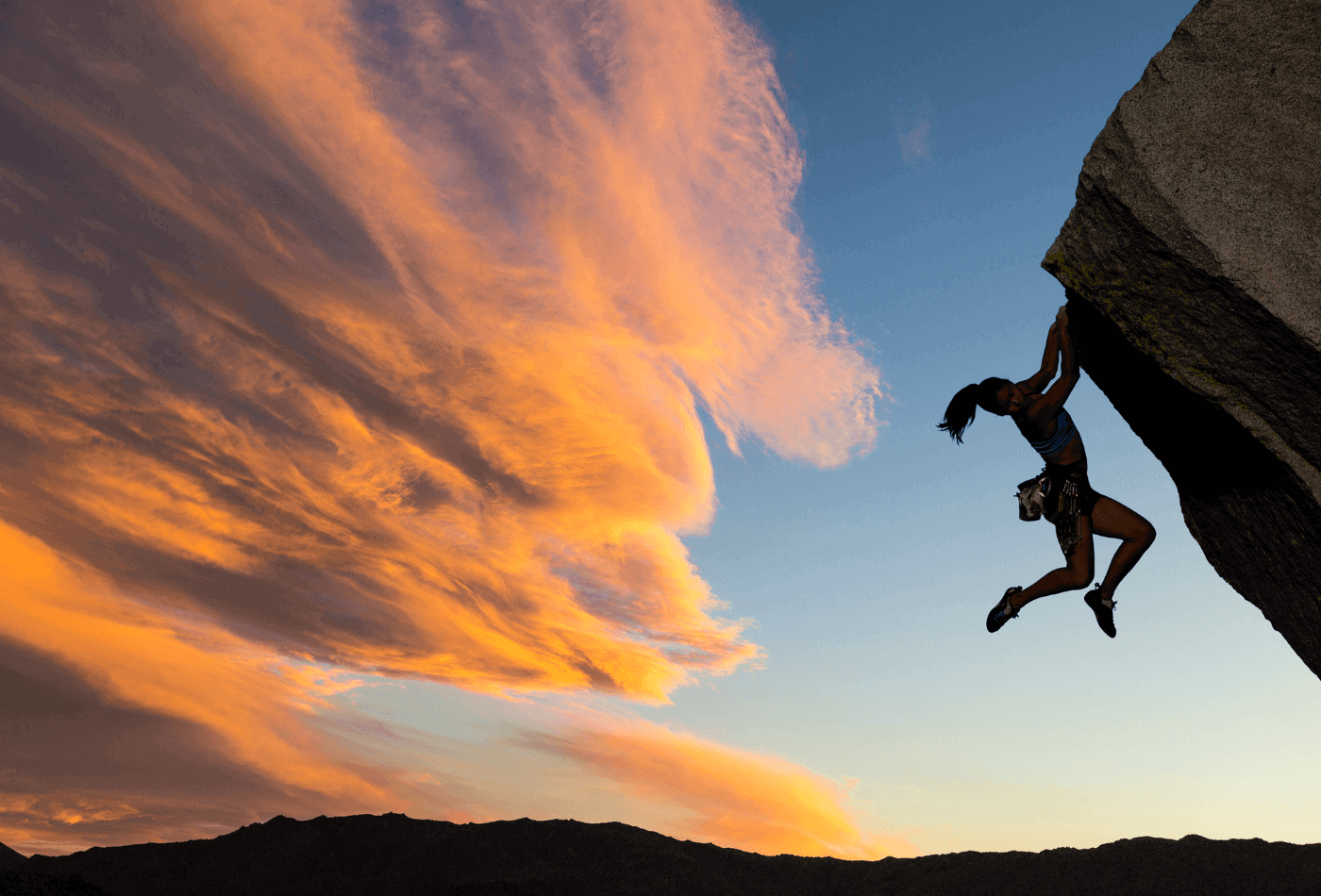 A Guide to Climbing and Bouldering in Dartmoor

Break out on your own Dartmoor bouldering adventure to Devon. Dartmoor National Park sits in the heart of Devon,... 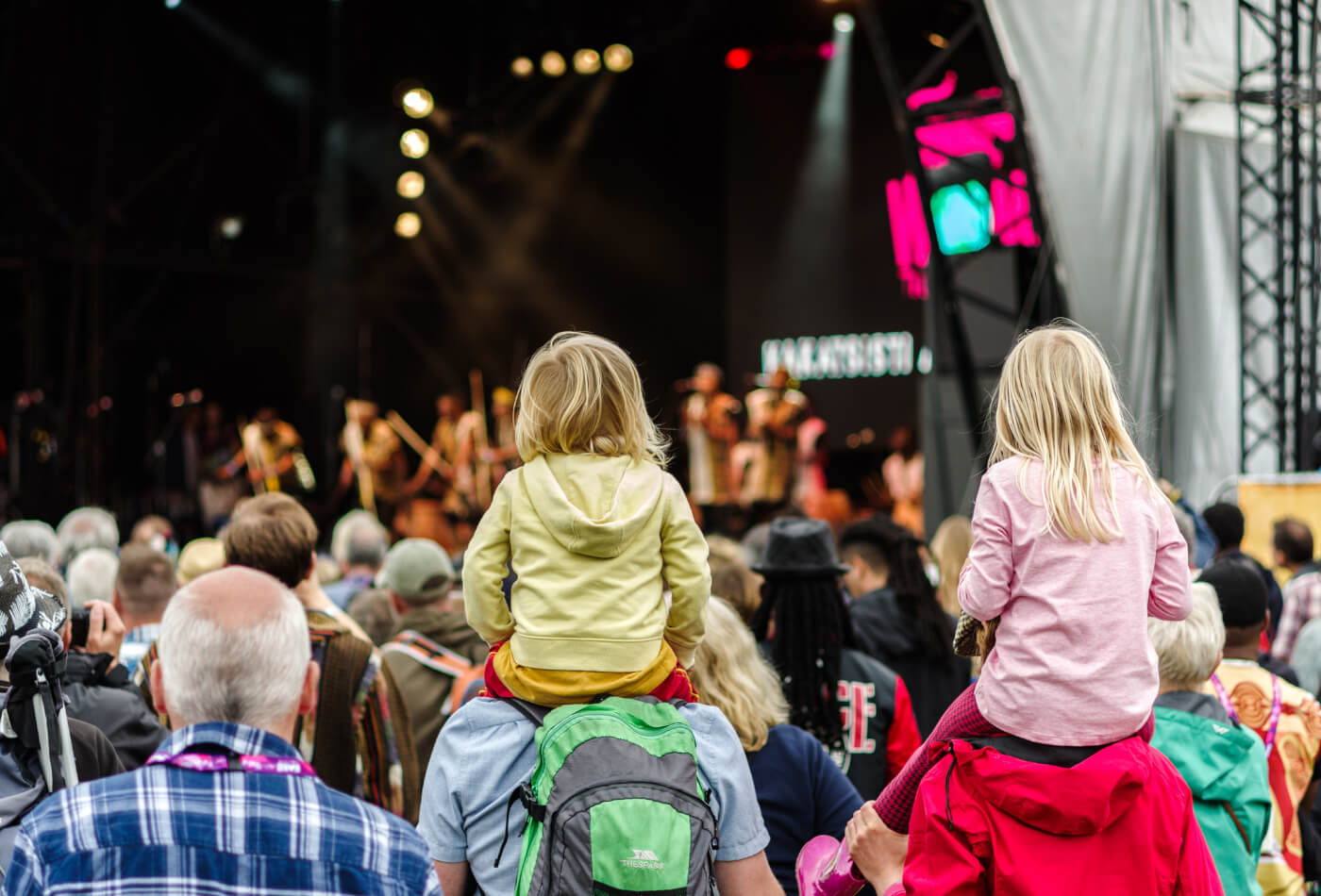 A Guide to Devon Festivals and Events 2022

Find a Devon festival or event from our extensive list to enjoy on your next holiday to Devon. Get...